Home BUSINESS Google not saying how many Austin workers affected Techno-education, Tech giant Google, which has a significant presence in Austin, is cutting 12,000 employees worldwide. It was not immediately clear Friday how many of the company’s Central Texas employees will be affected.

Google announced the layoffs Friday in a blog post, saying it had notified affected employees through email. The company declined to say how its Austin operations were affected.

Austin is one of Google’s largest hubs, and the company told the American-Statesman in late 2021 that it employed 1,500 people in Central Texas.

At the time, Google said it had plans to keep growing locally. The company did not provide an updated employee headcount on Friday.

The Google logo hangs on a tower at 500 W. Second St. in downtown Austin. The tech company has more than 1,500 employees in Austin.

Google opened an Austin office in 2007 and has had plans to occupy all of a new 35-story tower being built at 601 W. Second St.

In Friday’s blog post, Google CEO Sundar Pichai said the company grew fast in recent years but now is facing a difficult economic cycle. The affected positions were spread throughout the company and spanned across a variety of regions, functions, levels and product focus areas, the blog post said.

“Over the past two years, we’ve seen periods of dramatic growth. To match and fuel that growth, we hired for a different economic reality than the one we face today,” Pichai said in the post.

Pichai said the current economic cycle is not the first such one the company has faced and said he was still optimistic about the company’s abilities.

“These are important moments to sharpen our focus, re-engineer our cost base, and direct our talent and capital to our highest priorities,” Pichai said. “Being constrained in some areas allows us to bet big on others.”

Impacted Austin employees may have already been notified. The company’s blog post and its media team said emails have been sent to U.S.-based employees who are affected, but it said the process will take longer in other countries due to local laws and practices.

Google said employees who are being laid off would be paid for the notification period of at least 60 days, would be paid 2022 bonuses and for remaining vacation time.

The company said it would offer six months of health insurance, job placement help and a severance package starting at 16 weeks salary, plus two weeks for each year at Google.

Google’s layoffs are the latest in a string of job cuts by major technology companies. Companies with significant operations in Austin, including Amazon and Microsoft, have announced layoffs this month, but all have declined to disclose any impact Austin workers may have seen. Last year, Meta and Austin-based Tesla also cut workers.

Accounting for Google’s staff cuts, more than 200,000 tech industry workers have been laid off since the start of 2022, according to Layoffs.fyi.

This week, Amazon began laying off thousands of employees. On Jan. 4, Amazon CEO Andy Jassy announced the company planned to cut more than 18,000 employees “between the reductions we made in November and the ones we’re sharing today.”

New layoff notifications for about 8,000 Amazon employees began Wednesday – just months after an initial round of 10,000 job cuts.

Tech companies that “not long ago were the darlings of the stock market” have been forced to freeze hiring and cut jobs in preparation for an economic downturn, said a note from Victoria Scholar, an analyst with U.K.-based Interactive Investor.

“Digital spending is suffering, and ad revenues are falling with it,” she wrote.

While the tech layoffs are “shocking numbers,” their effect on tech industry employment is “nowhere near as bad as what it seems,” said John Blevins, an adjunct professor at Cornell University’s business school.

“These workers who were laid off will readily get new jobs,” most likely at smaller tech companies, Blevins said. “They’re coming with high credentials from these big firms. That knowledge will be transferred and will actually work to everyone’s benefit.” 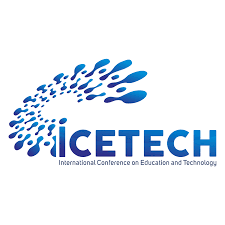